Things are getting weirder at the speed of light...

I made the background picture when I was at Bospop 2010 (Weert, The Netherlands) with Naomi. The aquarelle rainbow-like effect in the center of that image was actually visible when looking at the sky while wearing sunglasses. Which explains why the overall colors of the image are a bit off and darkish: i was using my sunglasses as a filter for my camera. It’s actually part of a series of three pictures: 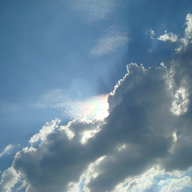 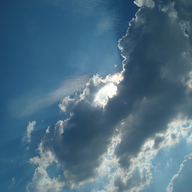 Update: I capitulated and switched to using PNGs with an alpha channel as background images instead of using rgba color selectors.